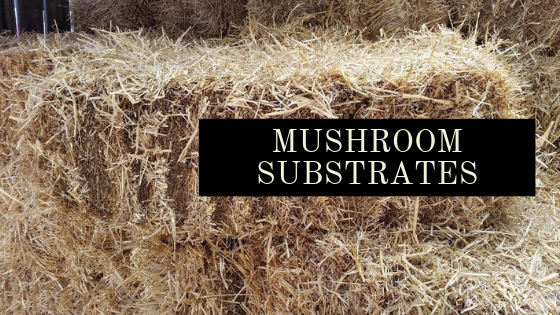 What are Mushroom Substrates?

Mushrooms are not plants, a fact that makes no difference to consumers but makes a huge difference to growers. Unlike plants, which derive all their energy from the sun, fungi need to eat; the material they grow in or on is their food and, like animals, they need a species-appropriate diet for proper growth.

For the mushroom grower, then, choosing and properly preparing the substrate is as important as choosing the right fodder might be for a farmer raising animals.

And just as animals create waste, the waste of fungi—substrate material left behind after the fungus has removed all the nutrients it can—present a disposal problem. Fortunately, used mushroom substrate can be composted, and some types have additional uses.

In a hurry? This is my favorite substrate for growing mushrooms.

A good substrate type not only provides a good diet for one or more edible mushroom species, it also is inexpensive and easy for the grower to work with. Most mushrooms can develop on more than one substrate type (just as most animals can grow on more than one type of feed), so growers sometimes try substrates that aren’t recommended for a particular species just to see what happens. 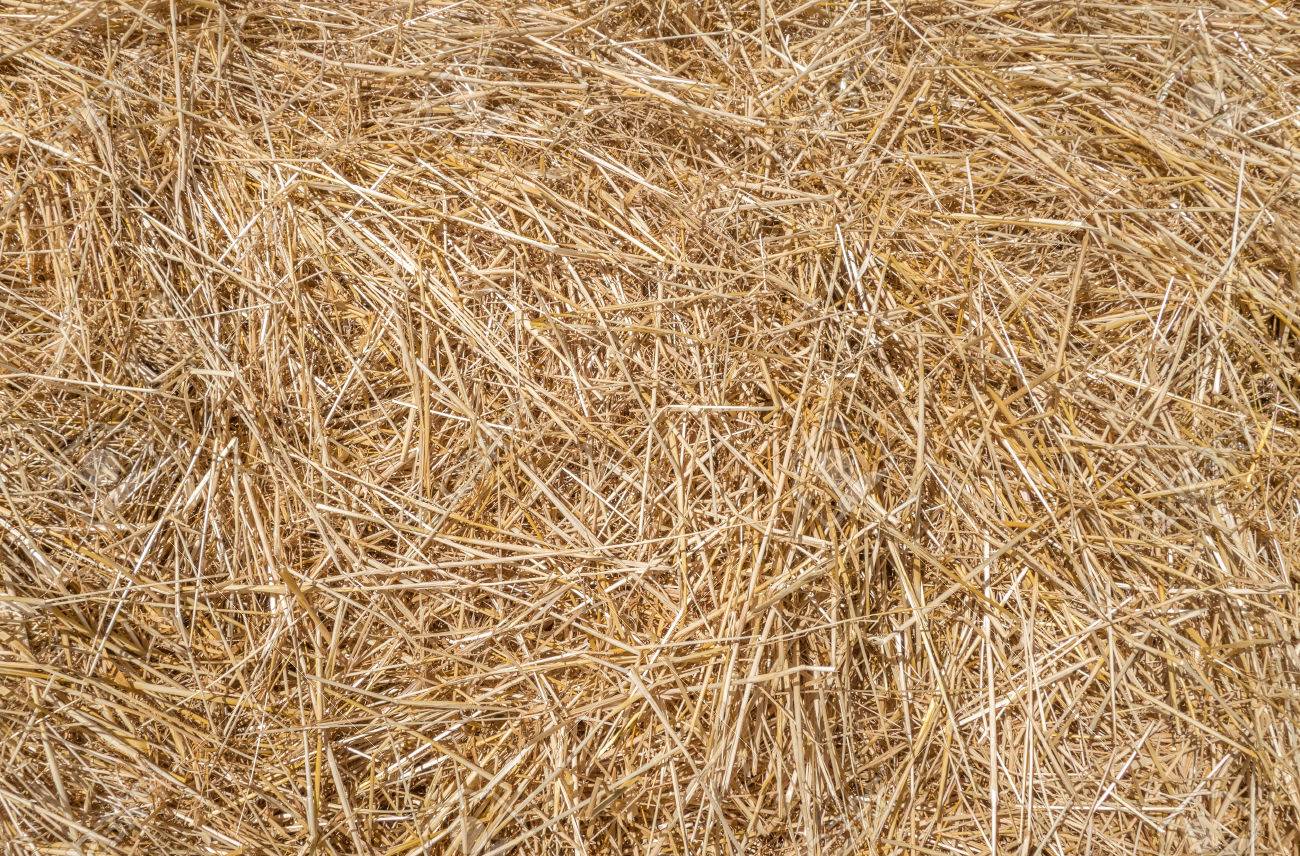 Straw is the material left over after the harvest of grain, the dried stems and leaves of the plants. Non-farmers sometimes confuse straw with hay, but the two are quite distinct. Hay is grass or other plant matter harvested for animal feed. Straw is an agricultural byproduct with little nutritional value, but it can be fed to animals as roughage, and it can be used as bedding, as a soil amendment, or as mushroom substrate.

In a hurry? This is my Favorite Straw Mushroom Substrate.

Before straw is inoculated (planted) with fungus, it must be prepared[ii].

The process begins with chopping the straw to about two to three inches long. The finer cut makes it easier for the fungus to colonize the material. The next step is to clean the straw so no wild fungi are present to compete with the crop for space and food. There are several methods, each with its own advantages and disadvantages. 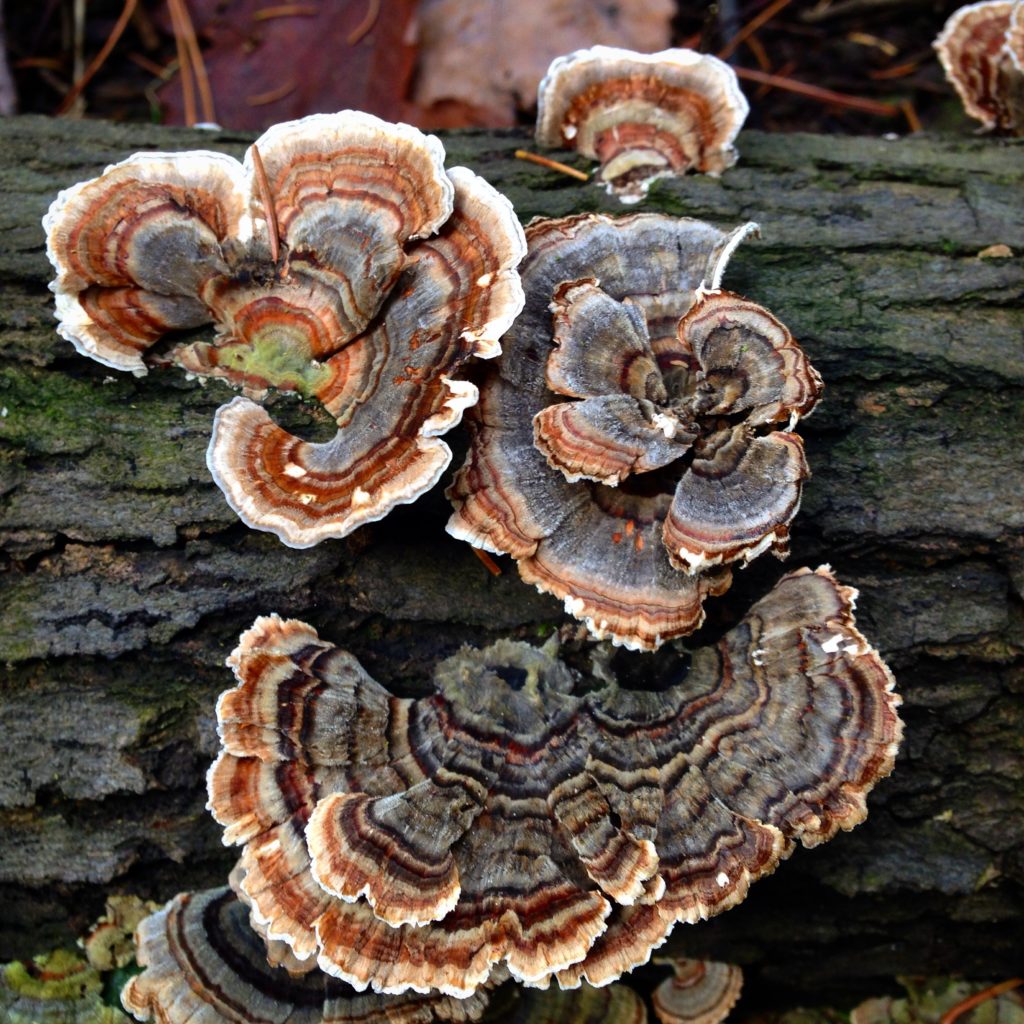 Many types of fungus eat dead wood, making cultivation in cut logs an obvious option. Not just any log will do; while many fungus species accept multiple types of wood, others are quite picky, and most have at least some woods they can’t or won’t eat.

Preparation of the log and later disposal are simple, and the growth process, though lengthy (several months to a year before the first flush), is almost maintenance-free[iii]. The same log can go on producing regular flushes of of mushrooms for years.

Log-loving mushrooms include the following:

In a hurry? Here is a list of the Best Sawdust Mushroom Substrate.

Logs do not need to be sterilized prior to use—if the wood was freshly cut from a healthy tree, the interior of the log is already clean. That being said, it is always possible for a competing fungus to colonize the log, and some such “weeds” produce poisonous mushrooms. Weeds are rare, but it is important to be able to identify the mushroom being cultivated without error, in order not to harvest a weed by mistake.

The logs do needs to be thoroughly soaked with water before inoculation. As with other substrates, the inoculated log must not be allowed to get too dry. 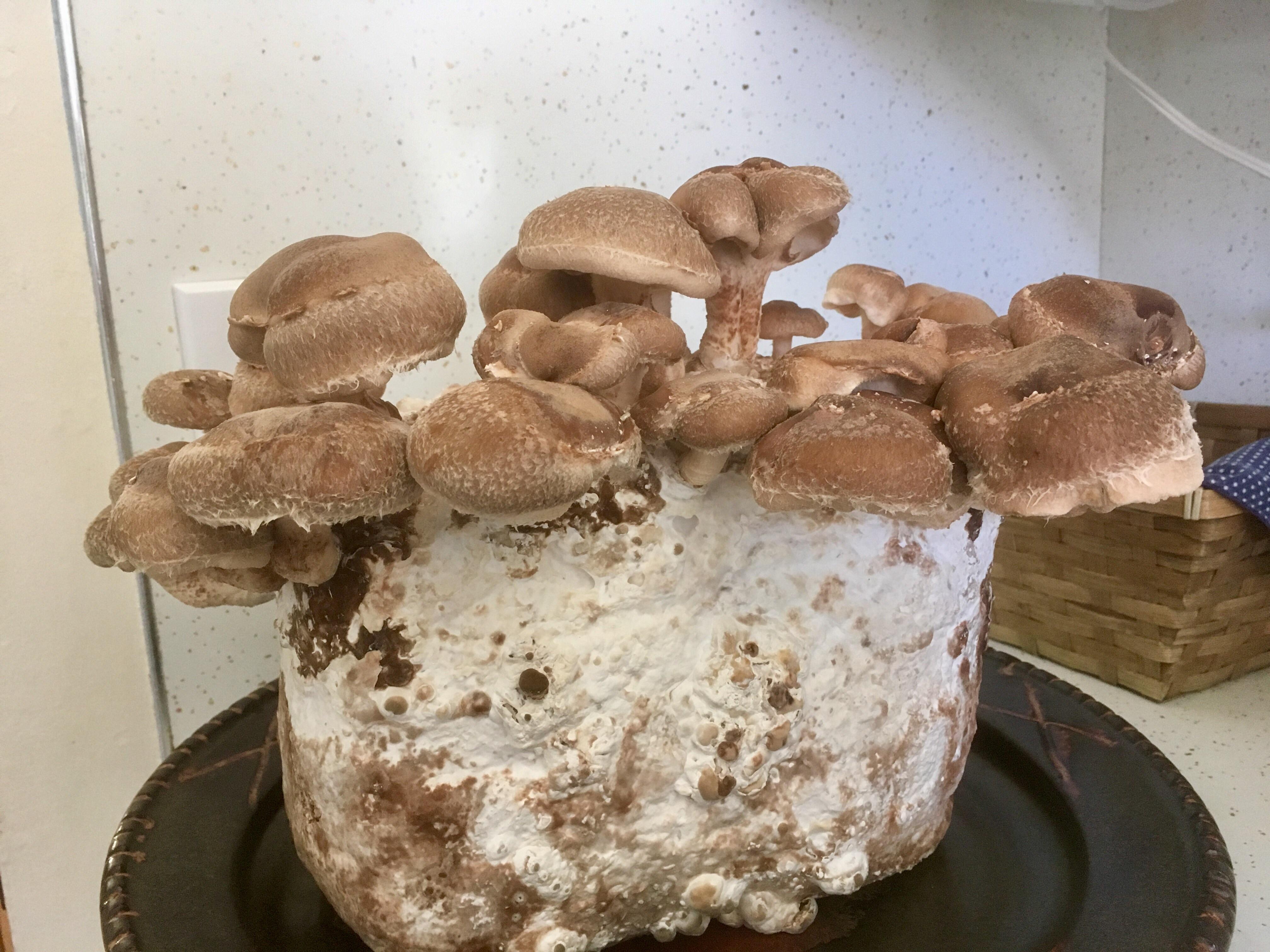 Saw dust or wood-chips—or, better yet, both—make a good, productive substrate, but are usually mixed with bran of some type (grain or soy) for added nutrition[iv]. As with logs, the species of tree the material came from matters, but many hardwoods are suitable and material from different species can be mixed. There are many different recipes, each with their advantages and disadvantages for different crops.

Growers with access to waste sawdust and chips may be able to get material for free. Otherwise, pellets of compressed hardwood sawdust are available at reasonable prices. Just soak the pellets in water and they break apart easily.

Mushrooms that do well on sawdust mixes include:

The sawdust, chips, and bran are usually pasteurized, mixed together, moistened, and then compressed into a growing block. Hobbyist growers can buy pre-made blocks or build their own. 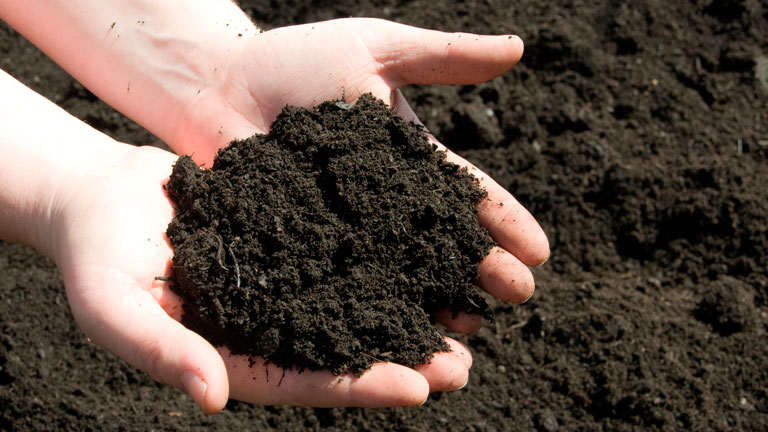 A few edible mushrooms grow on on animal dung, depending on the species of animal in question. Horse droppings do not feed the same fungi as cow droppings. But many mushrooms said to grow on manure actually do not eat dung, but rather compost mixes made from dung and other ingredients.

Composted manure is the standard substrate for three of the most common commercially-grown mushrooms in the United States: white buttons, criminis, and portabellos[v]. All three are actually the same species, differing only in variety and age.

After three flushes of mushrooms, any subsequent flushes are too small to be commercially viable and growers start over with a new batch of compost. Used mushroom soil, as it is called, is unusual in that it makes an excellent soil amendment without any further composting.

In a hurry? Here is my Favorite Manure Substrate for Mushrooms

To make compost, growers mix horse manure with gypsum, straw, and smaller amounts of chicken manure and then wait while microorganisms reduce the material to a highly fertile soil. The soil is then heat pasteurized before inoculation. Although derived from manure, finished mushroom soil is safe to handle and will not contaminate the mushrooms with “poo.” 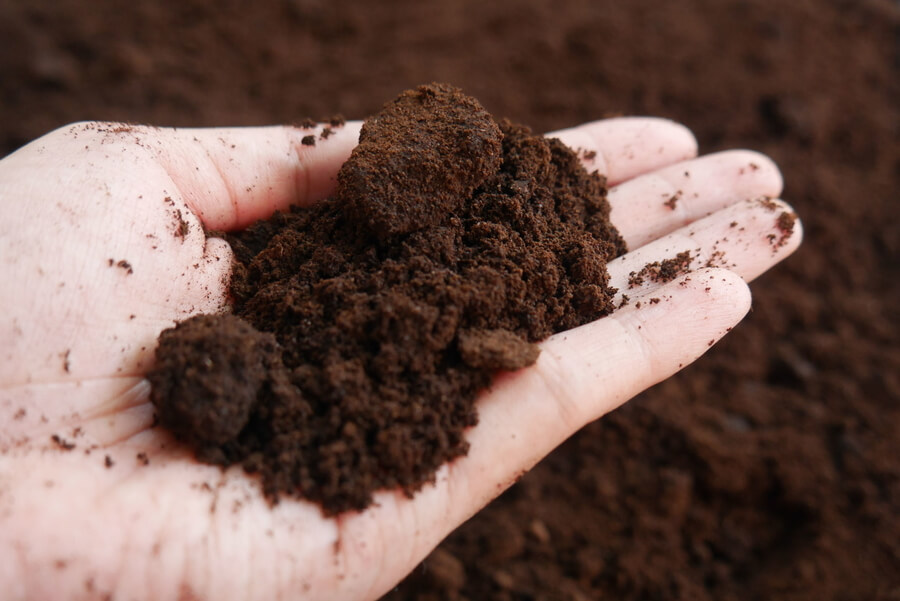 Oyster mushrooms are often grown in used coffee grounds; the substrate is a good option for hobbyist growers because the grounds do not require sterilization as long as they are used promptly and handled hygienically[vi].

Preparing Coffee Grounds as a substrate

Fresh coffee grounds do not need preparation, except for being put in an appropriate container and inoculated.

There are certain fungi, including several that produce edible mushrooms, that form partnerships with plants called mycorhizal associations. The mycelium (thread-like fungal body) colonizes the trees roots and then collects more water and minerals than the plant’s own roots can. The fungus passes what it gathers to the plant in exchange for a share of the sugar the plant produces through photosynthesis. Both benefit. In fact, the same mycelial net can tap into multiple trees, even trees of different species, at the same time, allowing trees to share water, nutrients, and even information with other trees.

There is no way to fake a mycorhizal association in a grow-room, so mycorhizal fungi cannot be cultivated the same way that other mushrooms are. The best bet is usually to protect the forests where they live in the wild. However, it is sometimes possible to introduce one of these species to a tree that does not seem to have a fungal partner already, such as a specimen tree planted in a suburban neighborhood.

Other substrates and mixes

Most cellulose-rich waste products make good mushroom substrates, either alone or, more commonly, in combination with other substances. Examples include cardboard, paper, coco coir (fiber from coconut husks and shells), tea leaves, and spent brewers’ grain.  Vermiculite, a mineral with no nutritional value at all, is sometimes added to mixes in order to improve texture and moisture retention. The grower’s choice depends on what materials are available at a good price, on what kinds of mushrooms are desired, and on the practical details of preparing and maintaining the substrate. Many recipes exist, and growers often try new recipes just to see what might work best. Some methods are good options for beginners, but others are best for advanced growers.

What to do with used mushroom Substrate?

All used substrates can work as a soil amendment. Some types need further composting first, others do not. Some substrate types can also be used as an ingredient in animal feed mixes. Even if there is little nutrition left in the substrate material itself, used substrate is full of fungal tissue, which the animals can digest—and sometimes derive medical benefit from[vii], depending on the type of mushroom in question. Both cattle[viii] and chickens[ix], for example, have successfully been fed spent mushroom substrate.

Presumably the type of substrate in question matters, but studies of mushroom substrate as feed do not always specify. Most likely, the most successful feeds are made of things the animal could also eat before it was used for mushrooms, such as bran or straw.

[iii] How to Grow Mushrooms on Logs and Stumps with Plug Spawn. Accessed 4 September 2019.

[ix]   Foluke A., Olutayo A., Olufemi A. (2014). Assessing Spent Mushroom Substrate as a Replacement to Wheat Bran in the Diet of Broilers. American International Journal of Contemporary Research. 4(4).

9 thoughts on “The Ultimate Guide to Mushroom Substrates: Which one is Best?”