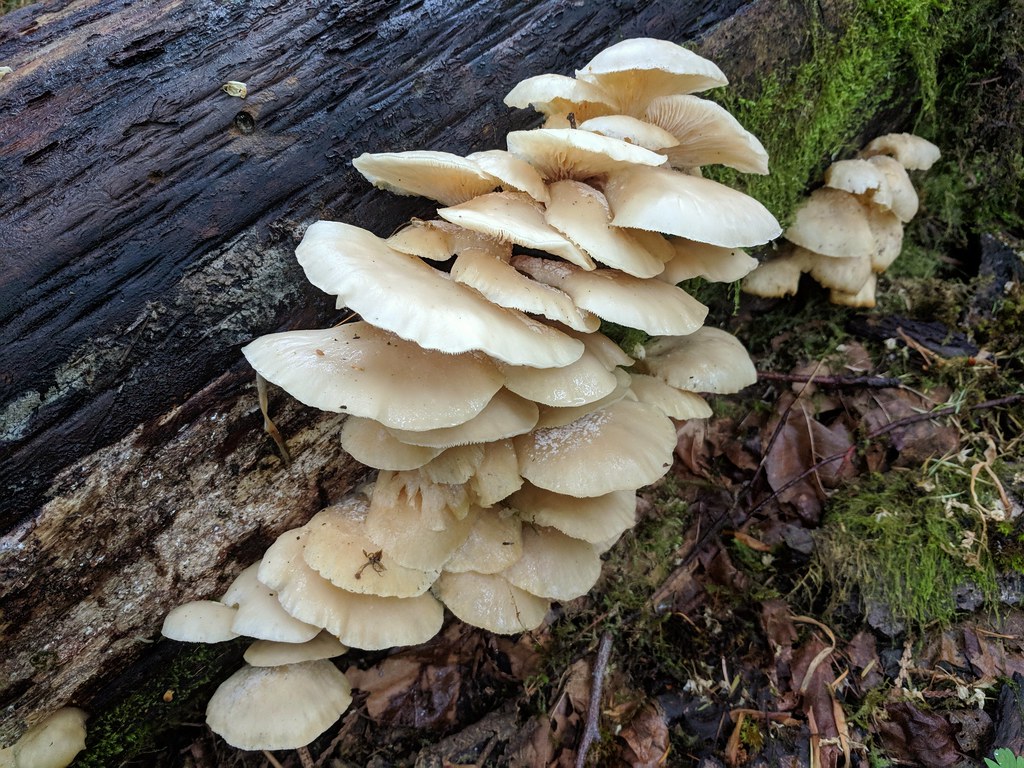 The aqueous extract of Pleurotus pulmonarius contains vitamins B1, B2 and C, and calcium; it is also low in calories [1.]; low in cholesterol and high in protein [2.] making it nutritionally rich. Pleurotus pulmonarius extracts have also been shown to have anti-inflammation, anti-cancer, anti-diabetes, anti-hypertension and anti-oxidant properties. Bioactive molecules in edible mushrooms are a potential therapeutic alternative when considering the reduced toxicity and side-effects [1.].

Natural bioactive compounds from mushrooms and their use in conventional chemotherapy is a growing field in cancer treatment. Isolation of a polysaccharide-protein complexes from Pleurotus pulmonarius using hot-water extraction was performed and the effects in cancerous liver cells observed. The results showed that exposure of liver cancer cells to Pleurotus pulmonarius both significantly reduced cancer cell proliferation in vitro and invasion, but it was also able to improve the drug-sensitivity of the cells to the chemotherapeutic drug Cisplatin [3.]. In a mouse model, oral administration (200mg/kg) showed inhibition of cancer cell growth [4.].

Worldwide, leukaemia is one of the major causes of cancer-related death and is a cancer of the blood or bone marrow. Using a leukaemia-induced rat model [5.] metabolites from extracts of Pleurotus pulmonarius were shown to increase the haemoglobin concentration and number of erythrocytes (red blood cells), this is important in combating anaemia, a symptom of leukaemia.  Leukocytosis (increase in white blood cells) also occurs in leukaemia but in these rats, it was prevented or restored when the Pleurotus pulmonarius metabolites were administered before, during or after exposure to the leukaemia-inducing agents. They also reported on the immunomodulatory effects of Pleurotus pulmonarius with its ability to increase the total leukocyte counts (including non-cancerous) – the highest counts observed were when the highest dose was administered at 80 mg/ml.

Extracts of Pleurotus pulmonarius, from either mycelium grown in liquid culture or the fruiting bodies, was applied to several lines of colon cancer cells in vitro. The study showed that both types of extracts may contribute to the anti-proliferative effect (growth) that was seen; this effect was identified in colon cancer cells expressing high levels of galectin-3 and this led to the down-regulation of the ability to adhere to other cells – important for the progression of, and metastasis of cancer cells [6.].

Editors Note: Do not use any supplements in place of treatments recommended by your doctor. This is simply the author expressing an opinion.

Hypertension, also referred to as high blood pressure, is a leading cause of death. Angiotensin converting enzyme (ACE) is a natural biological molecule that leads to constriction of the arteries. The pharmaceutical industry has developed drugs that inhibit ACE, and they are used as a treatment for hypertension. Pleurotus pulmonarius mycelium protein extracts have been explored in vitro for their use as an ACE inhibitor. Using Pleurotus pulmonarius mycelial water extracts, three proteins were identified as having ACE inhibitory effects. This provides the platform for further research and therapeutic developments using Phoenix Mushroom extracts and their biologically active components to treat hypertension [7.].

Everyday processes in the human body produce free radicals or reactive oxygen species (ROS) capable of oxidizing biological molecules such as including lipids, proteins and DNA. They play a critical role in disease development (e.g. arthritis, asthma, atherosclerosis, cancer, dementia, and Parkinson’s disease). Natural anti-oxidants are important to modify these effects and methanol extract of the fruiting bodies of Pleurotus pulmonarius have been shown to have antioxidant effects [8.]. There was a dose-dependent increase in the ability of Pleurotus pulmonarius to fight against free radicals and lipid peroxidation. The optimal concentration was observed at 2mg/ml. The most potent antioxidant activity of Pleurotus pulmonarius was against scavenging for ROS (hydrogen peroxide).

In vitro application of methanol-induced extraction of the fruiting bodies of Pleurotus pulmonarius to RAW cells showed a significant reduction in nitric oxide (NO) produced by the induction of an inflammatory response [8.]. RAW cells are used as they are the precursor to cells in our immune system that are responsible for an inflammatory response. The decrease in the presence of NO was produced in a dose-dependent manner (range 5mg/kg – 50mg/kg). NO is a molecule that can mediate pro-inflammatory responses and needs to be well controlled to avoid excessive inflammation that can cause disease or damage to tissue.

Allergic rhinitis is the most common atopic disease [10.], atopy refers to the genetic predisposition to allergies. Allergic rhinitis is characterized by sneezing, itching and congestion of the nose and rhinorrhea.  The administration of Pleurotus pulmonarius at a single dose of 500 mg/kg did not have a significant effect on mice with antigen-induced nasal rubbing and sneezing, but inhibition was observed following two weeks of treatment at 500 mg/kg; furthermore, after four weeks of administering the mice a dose of 200 mg/kg, a significant inhibition in symptoms were observed [10.]. Indicating that repeated doses of Pleurotus pulmonarius in this mouse model was suitable for treatment of the symptoms associated with Allergic rhinitis.

The research provides varied indications in animal and in vitro models. The dose varies between models and the effectiveness against different conditions. In the alloxan-induced diabetic mouse model, the optimum dose was 500 mg/kg when it was compared with a dose of 250 and 1000 mg/kg [9.]

Furthermore, types of extraction show variability with a comparison between the Pleurotus pulmonarius mycelial and broth extracts showing that the mycelial water has an IC50 value (a measure of effectiveness) of 720µg/mL when testing between 0-3mg/mL, this was about two times high than the effect of the broth [7.].

When considering side-effects, in mice 200mg/kg of Pleurotus pulmonarius administered for two weeks showed no side effects or histological abnormalities [4.]. Toxicity assessments showed no mouse mortality was observed after acute administration of 5000 mg/kg [9.].

Whilst there is substantial scientific evidence for the health benefits provided by Phoenix Mushroom, it should not be used as a replacement for conventional therapy as prescribed by a physician. Always take medical advice before administering for therapeutic purposes or when pregnant.