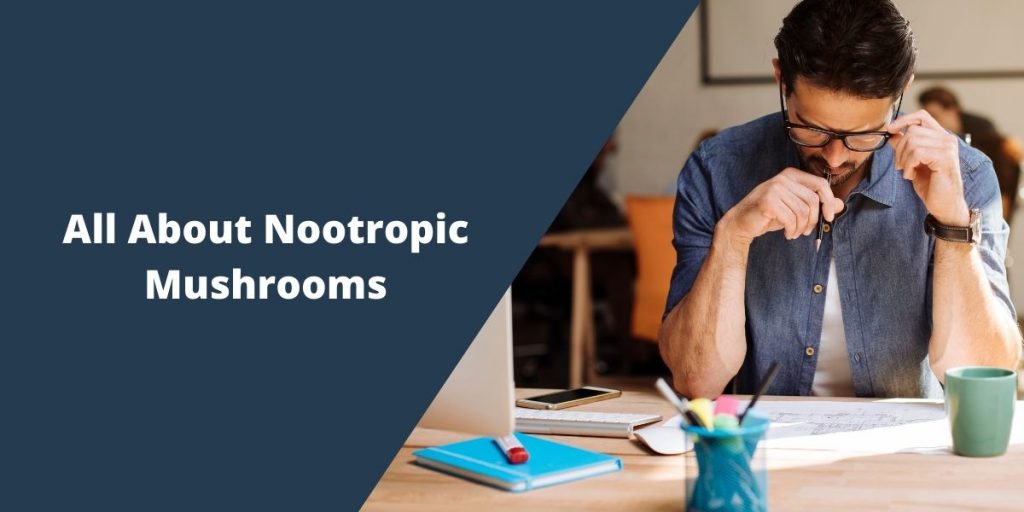 “Nootropic”[i] refers to substances that help the brain. A wide array of prescription medications are considered nootropic, as are many non-prescription substances. Some nootropic medications are commonly used to treat illnesses, such as Alzheimer’s disease or narcolepsy, but some non-prescription nootropics are becoming increasingly popular among people who have no diagnosed illness and just want a brain-boost. It’s not clear yet whether such applications work—the fact that something fixes a problem is not proof that it helps when there is no problem to fix[ii].

It’s important to recognize that the word, “nootropic” does not refer to a specific biochemical process. Instead, it’s a term of convenience. It’s rather like “writing implement,” in that the phrase refers loosely to what the thing does, but not how it does it. Anything from a hammer and chisel to a typewriter can be a writing implement. Anything from a stimulant, like caffeine, to an important nutrient, like omega-3 fatty acids, can count as nootropic. That means it’s impossible to make general statements about nootropic substances as a group. Some suspected nootropics might not even work. Others, such as certain amphetamines, definitely do work, but also carry potentially serious side effects, and should only be used in a few, medically supervised, situations. Even nootropics that are both effective and safe enough for non-expert use are not interchangeable—one might be useful for one group of conditions, while another is good for something completely different.

The bottom line is that each suspected nootropic must be considered individually, and somebody who finds one nootropic useful should not automatically assume that another will be just as good.

Several mushroom species are considered nootropic and used confidently and enthusiastically by many people to support or enhance brain function. As is usually the case with mushrooms, the scientific evidence supporting the nootropic status of these species is still preliminary—that doesn’t mean they don’t work, but it does mean we don’t know for sure. Caution is in order.

The list of mushrooms suspected of being nootropic is short, so it’s easy to do a quick review.

Lion’s mane[iii] is one of a group of closely-related, odd-looking fungi whose fruiting bodies are covered by soft, often hair-like spines. They are all edible and reportedly taste similar, though whether they are medicinally similar is unclear. Lion’s mane is used to treat a number of conditions involving impaired brain function, including the set of symptoms commonly referred to as “brain fog.”

Very few medicinal mushrooms have been researched thoroughly enough to draw firm conclusions on their effectiveness, and lion’s mane is no exception[iv], but some studies do at least suggest lion’s mane works. In one preliminary human trial, patients with mild cognitive impairment who took lion’s mane improved[v]. And lion’s mane mycelium does contain substances known to trigger brain tissue growth in in-vitro studies[vi] (the fruiting body, which is what people actually use, presumably contains a different, as-yet-unidentified substance). Lion’s mane has few known side-effects, though the lack of research makes it hard to be sure[vii].  Some users report symptoms such as depression, insomnia, and heart arrhythmia[viii], though because these are anecdotal reports, it’s hard to be sure whether lion’s mane was really the problem—something else could have caused the symptoms.

In a hurry? This is our Favorite Lions Mane on the Market

Chaga is a mushroom only in the broadest possible sense—it is a fungal growth somewhat resembling a hunk of burned wood that appears on the trunks of birch trees. Although it is too tough to eat, it can be powdered and made into tea, a tea reputed to have many important medicinal benefits. One of these benefits, help with brain function, does have at least some scientific support; mice experimentally given memory problems (using poison), did show some improvement if subsequently treated with chaga[ix].

Cordyceps is a genus of predatory fungi known for attacking, killing, and then fruiting from various insects. One species, traditionally gathered from the wild in parts of Asia, is the most expensive fungus in the world (it is traditional to use both the fruiting body and the dead, mycelium-filled caterpiller). A more-affordable alternative is a different Cordyceps species that can be cultivated on grain. It is unclear how similar these species might be biochemically or to what extent these differences are genetic or due to the different substrates—some writers claim the two give the same benefits, others insist they do not. Sometimes it’s difficult to be sure which species a product actually contains.

All that being said, extracts of various Cordyceps species have shown promise at protecting experimentally-brain-damaged mice and rats[x].

In a hurry? This is our Favorite Cordyceps on the Market

Pleurotus is a genus of edible mushrooms that grow on wood in the wild but can be cultivated on other substrates. Most of them bear some variation on the common name, oyster mushroom. Several oyster species have been shown to have promise for a variety of medicinal uses, though it’s not clear to what extent the different species vary in their uses—there does appear to be at least some overlap.

At least one species, the king oyster (P. eryngii), does contain a substance that has slowed some of the destructive processes associated with Alzheimer’s disease in both cultured rat cells and in aging rats[xi].

There are a number of other mushroom species often recommended as nootropics, although the evidence is not promising. It’s possible that with more research, at least some of these species will be shown to have nootropic properties, though the opposite is also possible. These suspected nootropics include reishi, poria, and maitake. Note that although research suggests both reishi and maitake probably do have some medicinal benefits, specific nootropic benefits are not yet supported.

For those who want to try using nootropic mushrooms, choosing which species to use is only half the challenge. Finding a supplier is, in some ways, more difficult—it’s certainly just as important. The problem is that because the sale of medicinal mushroom products is completely unregulated, there is nothing to keep unscrupulous companies from selling products that do no good at all. Some may contain contaminants or fillers. Some may contain a completely different species than what’s on the label (a potentially dangerous situation, if the mushrooms were gathered from the wild and misidentified). Often, the problem is not so dramatic—corners cut during the manufacturing process could result in a product that is what the label says it is, but has no potency.

Since it’s always a good idea to consult an experienced, qualified practitioner when dealing with any medical issue (please never depend on online articles for medical advice!) the best thing is to ask the practitioner to recommend a reliable brand. But if that’s not an option for some reason, there are a couple of rules of thumb to keep in mind.

Mushrooms are the fruiting bodies of fungi. They are not plants. That means that extraction methods that work well for medicinal plants, such as alcohol tincturing, often don’t work at all on mushrooms. The problem is that fungal cells have walls made of chitin, the same substance insects use for their exoskeletons. Unless those walls are broken somehow, whatever goodness might be inside those cells stays there. Swallow those cells, and they’ll just come out the other side. Chitin isn’t digestible by humans, and it does not dissolve in alcohol, either. The only thing to do is to melt it with heat—make mushroom tea, in other words.

A hot-water extract can be concentrated and then dried to a powder, then made into pills, smoothie mixes, or other products. It’s not necessary to consume the mushroom as a tea—it just has to have been a tea once upon a time.

The point is to look for hot-water extracts.

Insist on Fruiting Body, Not Mycelium

The fruiting body is the mushroom. “Mycelium” means the network of fungal tissue from which the mushroom arises. Some authors compare mycelium to plant roots, but that misses the point of how fungi live and grow. A better analogy is if a mushroom is like an apple, the mycelium is like the rest of the tree, root, trunk, leaves, and all. And just as nobody would ever suggest chewing on a chunk of apple wood a day to keep the doctor away, consuming mycelium is not at all the same thing as consuming the mushroom.

In most cases, the mycelium of a medicinal species contains little to none of the substances that make the mushroom useful. Even in species where the mycelium does have medicinal value in theory, there is no way to separate the mycelium from the material it has been living in and eating. For cultivated mushrooms, that’s usually some kind of grain. Mycelium extract is therefore likely to be mostly a sort of grain tea. Useless.

The problem is it costs a lot less to grow and process mycelium than to produce mushrooms. That means selling mycelium-on-grain products, or “full-spectrum” products (mixtures of mycelium and fruiting body) is a classic way to make money by cutting corners. Although there are exceptions (notably wild Cordyceps), boastful claims of full-spectrum or mycelium extracts usually just mean the company is relying on consumers to not know any better.

In most cases, the substances that give mushrooms medicinal value are beta glucans. A reputable brand will thus be able to list how much beta glucan the product contains. Failure to list that figure means the product probably doesn’t contain any. A company that boasts of having beta glucans but doesn’t say how much obviously doesn’t test their product, so again there might not really be any.