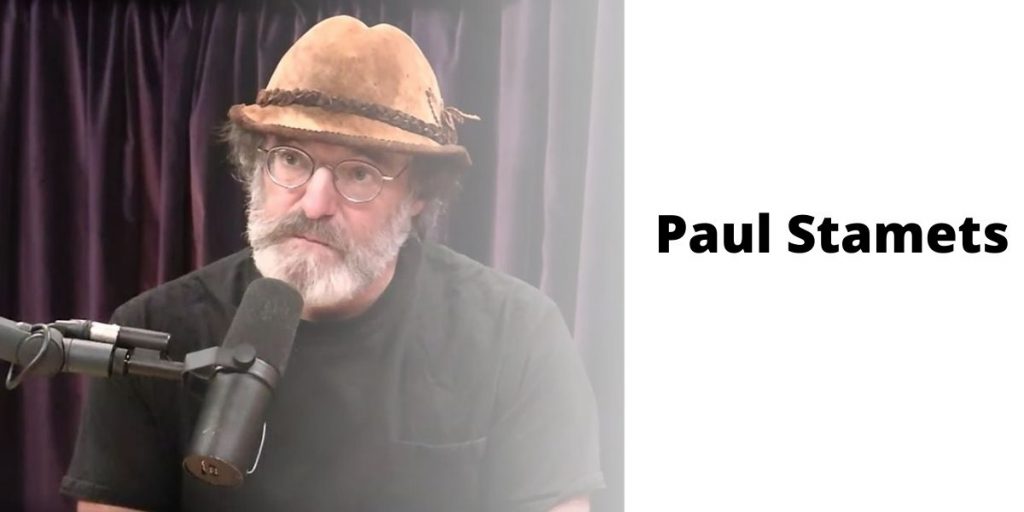 Paul Stamets[i] may be the most famous mycologist in the world. He also might not be all he’s cracked up to be. Say his name around people interested in fungi, and some will call him their hero. Others will call him a snake-oil salesman and worse.

Many people have become familiar with Stamets through his TED Talks and his appearance on the Joe Rogan Experience. He was also featured in the documentary, “Fantastic Fungi.” He even has a Star Trek: Discovery character named after him. He’s the author of six books, including:

He has received some impressive awards, including:

He has even discovered and named multiple psilocybin mushroom species.

The Problem with Paul Stamets

Paul Stamets bills himself as a scientist and a medical researcher, as well as a lecturer, author, and entrepreneur[ii]. He is particularly interested in medicinal mushrooms, and claims to have discovered a way to cure certain cancers using mushrooms (in combination with more traditional therapies). The problem is that he doesn’t share the details of his medical studies so that other researchers can check his work. He seldom publishes in reputable, peer-reviewed journals. In other words, he doesn’t act like a scientist.

He acts like someone who spends much of his time and energy building a reputation as an expert and very little time actually being an expert.

Much of Stamets’ business involves selling his own brand of mushroom-growing kits and of mushroom-based medicinal supplements (called Host Defense), backed, of course, by his reputation as the world’s most-famous mycologist. However, his grow kits have a reputation for not growing. His supplements are made from mycelium, not from fruiting bodies—mycelium is substantially cheaper to produce, but it’s the fruiting bodies, the actual mushrooms, that contain the substances thought to be medicinal. He claims that mycelium has its own medicinal value, and for some species there is evidence that he is right (for others, there is evidence he is very wrong)–but the problem with mycelium is it’s almost impossible to separate it from the substrate it grew on, with the result that mycelium-based extracts, including those sold by Stamets, contain a very high percentage of medically useless starch. So, his stuff is low-quality.

Paul Stamets may well be just as brilliant as he says he is. His books are well-regarded, he really has earned his awards, his discovery of new species is quite real, and his outreach has gotten a lot of people interested in mushrooms who might otherwise not have realized how fascinating and how useful these organisms are. The point of this article is not to personally attack the man, and it’s certainly not to imply that his work has no value.

Rather, the point is that he should not be trusted uncritically by people new to the world of mushrooms. His name on a product should not be taken as evidence all by itself that the product is any good. He is a salesman more than he is a scholar or a healer, and it’s a bad idea to ever trust a salesman’s word about his own product. You need a second opinion from someone who doesn’t have a vested interest in your belief.

The term “snake-oil salesman” refers back to a time before medicine was regulated, when charlatans could easily make a living from the desperate and uninformed by selling “medications” that supposedly cured just about everything and actually cured nothing at all. Some were literally labeled as oil made from snakes, which supposedly had curative powers. Often, they were mostly alcohol. Some were actually toxic.

It may be a stretch to lump Stamets in with them. We don’t know that he is really a charlatan, and it would be unfair to assume. But he does operate in an unregulated industry, that of medicinal supplements (not medicine), meaning that the conditions that allowed the original snake-oil sellers to make it big are available to him. He has the option to be a charlatan if he wants to be, as does anyone selling similar products. It’s up to the consumer to sort out the good from the bad.

So how can a consumer know if a mushroom supplement is worth buying? There are four things to look for—save yourself some time and look for these in order, since if the answer to the first question is no, you don’t need to go any farther. If the answer to the second one is no, you can stop there. And so on.

Is There Solid Evidence that the Mushroom Is Medicinal?

Many mushrooms reputed to be medicinal might not be—there just hasn’t been enough research for us to know.

Supplements, by definition, have not been through the extensive testing required of approved medications. There are various reasons people choose to use them anyway, but there is a risk. The key is to minimize the risk by choosing supplements backed by at least some evidence. Unfortunately, it can be difficult to be sure how solid the research is. It’s not unusual for writers to describe this or that mushroom as “scientifically proven” to treat such and such, when the research really consists of a single preliminary study involving mice.

The mushroom might still work, but we just don’t know.

The trick is to go right to the source and look up the actual scientific studies online—the abstracts (brief summaries) are usually available for free.  Just do an internet search on the species’ scientific name and the word “medicinal,” and look for the abstracts of reputable journals. At the very least, there should be clinical studies with human patients.

Some readers may object that mushrooms that have been used in folk medicine for thousands of years don’t have to be tested. But aside from the fact that ancient wisdom can sometimes be wrong, traditional treatments belong to their own healing philosophies that also include things like lifestyle guidelines and spiritual practices. Removed from that context and taken as a pill, the mushroom might not work in the traditional way and therefor does need to be tested for effectiveness and safety.

Does the Product Contain the Right Species?

Mushroom products don’t always contain the same species named on the label. The manufacturer might have made a mistake in identification, processing errors could have led to contamination, or the manufacturer could be treating several species as interchangeable that really aren’t—a particular problem with the Ganodermas, only one of which is the genuine reishi mushroom (the others could be biochemically similar, but they have not been tested, either by scientists or by traditional practitioners).

The trick here is to research the manufacturer. A reputable company will sell what it says it is selling. A lesser company might not.

Is the Product a Hot-Water Extract of the Fruiting Body?

There are multiple ways to make extracts of plants, all of them effective. There is only one effective way to make an extract of a fungus. That’s because fungal cell walls are made of chitin, a substance that can’t be dissolved except by hot water (the extract may be sold as a powder, but it’s not powdered mushroom but rather a kind of dehydrated tea). Alcohol extracts or glycerin extracts of mushrooms are useless (alcohol can sometimes be used after hot water, but not instead of). Nevertheless, some companies sell alcohol extracts of mushrooms, often dressed up in fancy language to make it sound like a quality product.

In a similar way, some companies sell mycelium extracts, or mixed extracts of both mycelium and fruiting body, under the rubric of a “full-spectrum” extract. With only a few exceptions, such extracts are useless, but they cost much less to make and so turn a nice profit.

Look for a hot-water extract of the fruiting body and nothing else.

Does the Product Contain an Appropriate Concentration of the “Active Ingredients” From the Mushroom?

Most medicinal mushrooms are effective, if they are effective, because they contain substances called beta-d-glucans (this common element is why most medicinal mushrooms are being explored to treat the same group of health concerns). A few have other “active ingredients,” instead of or in addition to beta-d-glucans. A reputable company will be able to say how much of these substances are in their products. Companies that won’t provide such information are either too sloppy to do their own quality testing or actively trying to hide something. It’s worth noting that a favorite trick of the disreputable is to be accurate but vague, boasting, for example, of their high polysaccharide content. Beta glucans are polysaccharides, but not all polysaccharides are beta glucans, and many have no medicinal benefit at all.

If you’ve gotten all excited about mushrooms because you’ve seen Paul Stamets talk, that’s great. Mushrooms are as cool as he says they are. But recognize that he is a salesman. Double-check his claims through mycologists who are not salespeople, or through reputable health-care practitioners with clinical experience with mushroom-based therapies. And do not buy supplements solely because of the human being whose name is associated with the brand; buy them—with the advice of a qualified expert—because of the hot-water fruiting-body extracts inside!

These are my Favorite Mushrooms Supplements