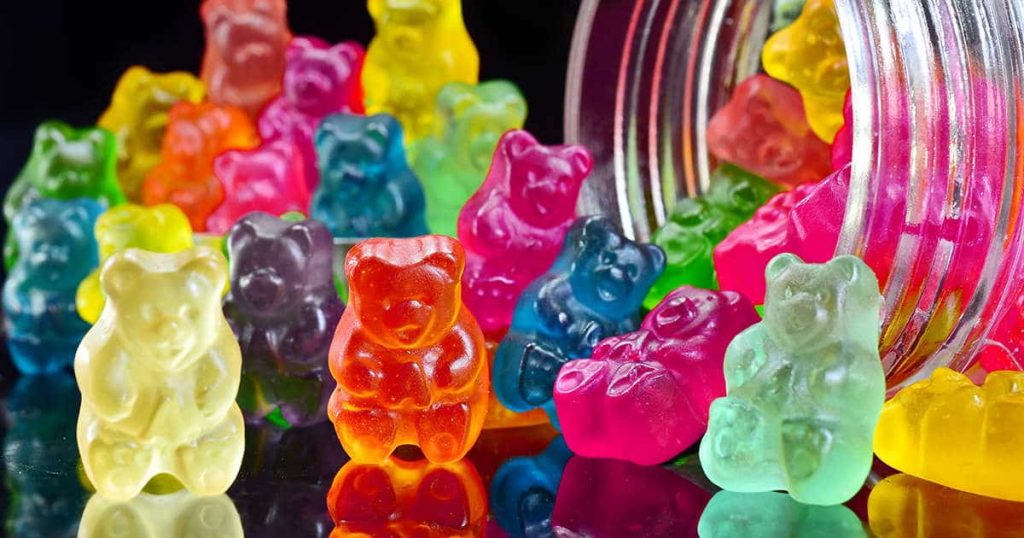 It is a widely-agreed-upon fact that psilocybin mushrooms taste icky, especially when dried. There various ways to deal with the problem, but most involve mixing the mushroom into some other, better-tasting thing[i]. At the very least such magic edibles are more pleasant to eat than plain mushroom, but many recipes are actually tasty.

Gummy candies for example some consider it the best way to take shrooms. Everybody likes gummies, and while you can buy magic gummies, they aren’t difficult to make.

Please note that in most jurisdictions, possession and use of anything containing psilocybin is extremely illegal. This includes gummies. There are also companies selling psychoactive edibles made from Amanita muscaria, and these are legal because they do not contain psilocybin. Their active ingredient is more toxic and, generally speaking, less fun. These legal edibles are just a very different product and might be a bad idea for anyone expecting a psilocybin trip.

There is a point of confusion that makes cooking with psilocybin tricky—some people say that even relatively low heat degrades psilocybin, while others insist that the substance can hold its own at all but the highest cooking temperatures. Anecdotally, cooking seems to lower potency to some degree, but not destroy it, but there is no solid research on the subject. Depending on the recipe, gummies may require more heat than some people think psilocybin can take, though anecdotally it doesn’t seem to be a problem.

So, Let’s explore these magic treats in a little more detail, shall we?

What You Need to Buy

This list only includes things that are not common household items. Double check this list against the "materials needed" section to ensure you have everything.

Magic gummies aren’t for everyone and do have some drawbacks. These are important to consider if you haven’t tried gummies before.

First, there are some drawbacks to psilocybin in any form. It is illegal in most places, and penalties can be draconian. Also, psilocybin can have unpleasant side effects—and dangerous side effects are very rare, but possible, especially at higher doses. Then there are a few drawbacks specific to gummies.

That being said, many people enjoy psychoactive gummies, and with good reason.

How to Make Psilocybin Gummies

There are multiple gummy recipes out there that vary in terms of how easy they are to do, how potent the final product is, how long the shelf-life is, and what the finished taste and texture are. The following is my adaptation of well-known recipes[ii][iii] for low-potency gummies—you may need to eat multiple handfuls to trip, but since gummies are fun to eat by the handful, that may be an advantage. But remember if you use more potent mushrooms, you’ll get more potent gummies.

Once you make your first batch or two, feel free to adjust the recipe and see what happens.

The gummies are finished, but there is still one or two things left to do.

If you do have some wastage, then:

Now you can calculate how many gummies equal the dose you want, at least to start out with. Once you’ve tried some from the batch, you can increase the dose size if the potency is less than you expected, but it should be close to right and in any case not too big. It’s always better to take too little than too much, because you can always take extra if you want, but once you have eaten gummies, they stay eaten.

[i]      Rivera, D. (2020). Two Experts on Cooking with Psilocybin and How to Make “Grilled Cheese Shroomwiches.” Uproxx