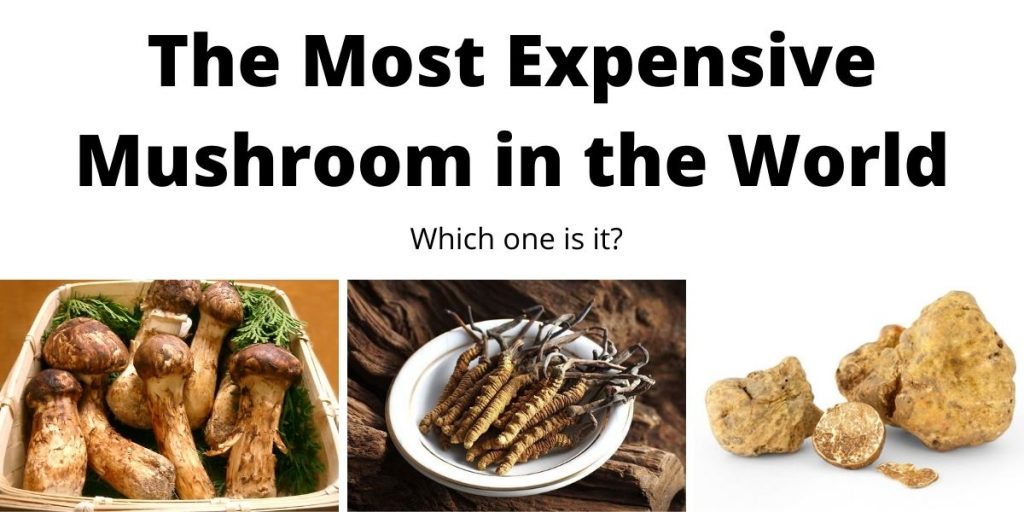 Table of Contents
Benefits
How to Get It Cheaper?
A Note of Caution

Cordyceps sinensis is the most expensive mushroom in the world. It’s an interesting fungus that attacks and kills caterpillars, so that wild-collected specimens consist of a mummified, mycelium-filled caterpillar with a long, thin, fungal fruiting body poking out from the head. For another, practitioners of Traditional Chinese Medicine use the species to treat a wide range of conditions—and some of these uses have been supported at least by preliminary scientific studies.

Naturally, C. sinensis is extremely popular for its medicinal uses, but it is rare and becoming even more rare due to factors such as habitat loss, climate change, and possibly over-harvesting. The combination of popularity and rarity leads to the other odd and interesting things about this fungus; it sells for as much as $44,000 per pound[i]. That makes it the most expensive mushroom in the world. Some think that the Matsutake Mushroom is the most expensive but it pales in comparison at $2750 per pound.

Is C. sinensis worth the price? Enough people must think so, or the price would not be so high—demand would collapse. A more interesting question is why so many people are willing to pay such high prices. Just what is this species supposed to be able to do?

According to Traditional Chinese Medicine, C. sinensis is supposed to help the kidneys and lungs, stop bleeding, and reduce phlegm.  It has accordingly been used to treat fatigue, including weakness and fatigue caused by disease, coughs, kidney problems, and low libido. Some of these uses, as well as some additions uses, have at least preliminary support from scientific studies[ii].

Extracts of C. sinensis have proven effective against various types of cancer in experimental animals and in in vitro studies. The extracts appear to kill cancer cells but not healthy cells, and may also provide some protection against the side effects of certain chemotherapy agents. However, none of these studies have involved human subjects.

Under some circumstances, it is important to strengthen the immune response to help the body fight off  infection. In other circumstances, it is important to suppress the immune system in order to treat autoimmune diseases in which the body attacks itself. There is some evidence that C. sinensis can do both. Extracts of the fungus enhanced the function of various aspects of the immune system in both experimental animals and in-vitro studies. It also reduced the severity of autoimmune diseases, such as lupus, and decreased rejection of transplanted organs in experimental animals.

Extracts of C. sinensis reduced swelling and airway inflammation in experimental animals  and interfered with various inflammatory processes in vitro. Curiously, extracts of the fruiting body yield slightly different results than extracts made from the mycelium-filled caterpillar.

Extracts and fermented products of C. sinensis resolved hypoglycemia in both healthy and diabetic rats and mice, although some markers of diabetes or related conditions were not improved.

Extracts and fermented products of C. sinensis has enhanced both  libido and sexual function in both men and women. How extensive these studies were in not clear, however.

“Fatigue” is a multifaceted problem involving several different bodily process, but extracts of C. sinensis has proven effective at addressing several of these facets in experimental animals. The extracts did not improve performance in human athletes; it is possible that healthy people who are not deeply fatigued don’t get more energy by taking fatigue treatments.

Cordyceps products are used to treat liver disease in some countries. Research suggests several possibly mechanisms by which the treatments could work.

Love the Benefits Cordyceps has to offer?
Buy the best Cordyceps on the Market Here

How to Get It Cheaper?

It’s clear why so many people want to use C. sinensis –it is one of the most promising medicinal mushrooms out there, and its long history of use in traditional medicine certainly speaks in its favor. But is there any way to avoid the high price?

The short answer is yes. There is a slightly longer answer, too, though.

The Cordyceps genus has multiple medically promising species, and several of the others have also been studied for their effectiveness. Although C. sinensis is the one used in Traditional Chinese Medicine, other Cordyceps species are becoming popular for medicinal use now—and their price is much lower. C. militaris particularly is often used as a low-cost alternative to C. sinensis, in part because it can be easily cultivated.

The various Cordyceps species are not medicinally interchangeable, nor are they all equally well researched. But they do appear to be quite similar, and users report similar results.

The complication here is two-fold. First, it is difficult to get clear information on exactly how the various Cordyceps species relate to each other. Some writers claim that C. sinensis can’t be cultivated and that C. militaris is the one alternative to wild-gathered, super-expensive C. sinensis.  Other writers claim that both species can be, and are, cultivated, but that cultivated versions lack the medicinal value of the wild version. It doesn’t help that many writers refer to “cordyceps” without ever mentioning which species they mean, as if all of them were the same thing. The other complication is that, just as with everything else, quality can vary enormously, with some low-cost products containing a high proportion of cultivation substrate, or even various forms of contamination. Medicinal mushrooms are part of an unregulated industry in many countries, including the United States, so the buyer must exercise caution.

But yes, anyone wanting to access a low-cost alternative to the vaunted (and increasingly rare) wild-gathered C. sinensis can find it in a good-quality C. militaris product.

Want Cordyceps Militaris for a Fair Price?
Buy the best Cordyceps on the Market Here

A Note of Caution

As promising as C. sinensis is, most of its possible uses have not been tested in human beings. That does not mean these treatments don’t work, but it does mean some of them might not, or might not work as well or as safely as their reputation suggests. We just don’t know.