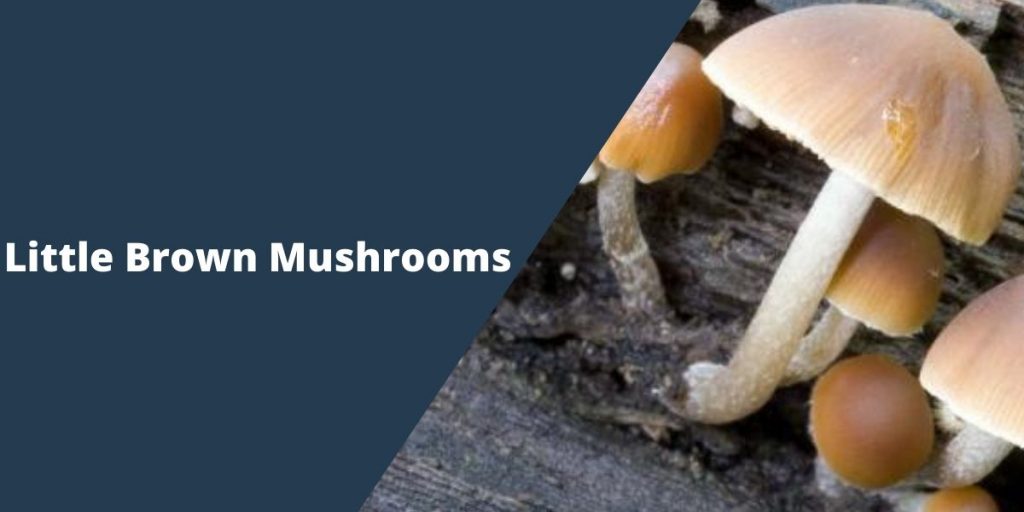 Little brown mushrooms, or LBMs, for short, are exactly what they sound like: mushrooms that are small and brown. They aren’t especially related to each other. They don’t look interesting. They’re hard to tell apart. Oh, that’s just another LBM, a mushroom hunter might say.

But some LBMs are very interesting. Most “magic mushrooms” fall into this category, as do a few edibles. So do a few species that can kill you.

A mushroom hunter really has only two choices—either avoid all LBMs, or get very, very good at telling them apart. Reading an online article like this one is not going to teach you how to spot a Deadly Galerina, but it will introduce you to the group and give you an idea of what learning the LBMs will involve.

All LBMs, by definition, have gills. That, besides their littleness and their brownness, is about all they have in common. Even their color can vary from dark brown to pale brownish, nearly orange to basically gray. Some have rings, others do not.

Here are just a few of the genera that contain LBMs. There are many others.

Species in this genus tend to be dry, slow to rot, and flattish in shape[i]. Some are edible, and European species have been cultivated for food[ii]. Many can only be identified for sure with a microscope.

This genus[iii] is the largest, most diverse mushroom genus known—it includes over a thousand species. A notable (but not unique) characteristic of the group is a cobwebby partial veil in young specimens, technically called a cortina. Unfortunately, some species in other genera have cortinas, too. Not all are brown—some are brightly and beautifully colored. Some corts are edible (but reportedly not very good). Many are poisonous. A few can kill. If an edible species somewhere has a toxic look-alike, chances are the look-alike is a cort[iv].

Flammulina is a small genus, only a few species, but it is wide-spread. One species, F. velutipes[v], is a well-known, highly-prized edible, better known by its Japanese name, Enoki. When sold, Enokitake Mushrooms are long, thin, and white because they are grown with little light or oxygen. Wild enoki, in contrast, is a very standard-looking LBM, dark in color, with a sticky cap and a faintly fuzzy stem.

Although this genus is fairly large, it is best known for a single, wide-spread species, Galerina marginata—aptly known as the Deadly Galerina[vi]. The mushroom contains the same toxin as some of the Amanitas, a fascinatingly scary substance. Not only do the symptoms sometimes not appear for a day or more, which can lead people to discount the mushroom as a possible cause of the illness, but after few days the symptoms go away on their own. While the victim is thinking “yay, I’ve recovered!” the poison is silently and permanently destroying their liver and kidneys. The really creepy thing is that this species often grows right next to edible LBMs, such as Enoki and Honey Mushroom, all of them fruiting in attractive, intermingled groups. It’s all too easy to go home with a basket of twenty Enokis and one deadly Galerina. Eat that harvest, and your only hope may be a liver transplant.

It’s not that the Deadly Galerina can’t be distinguished from its look-alikes, it’s that people forget to check. Distinguishing it from some of the “magic mushrooms” is particularly difficult, though, since they have the same spore color.

The fibercaps[vii], as the Inocybes are sometimes known, are mostly classic LBMs, though there are purple or white species, too. Most mycophiles find them uninteresting. We’re interested in them enough to include them in this article because they perfectly exemplify why the LBMs are difficult; most species are toxic, a few are edible, a few are hallucinogenic, and there is no reliable way to tell the difference without a microscope.

The Mycenas[viii], or bonnets, include both toxic and edible species and a large number of unknown edibility, which is just as well, since they are so very tiny as to not be worth harvesting. Some ooze latex when cut. Many smell like chlorine. Some glow in the dark. Most are brown or brownish, though some are not. The entire group is a mess, taxonomically, and is probably going to be split up into multiple genera[ix].

These mushrooms are often called mottlegills[x] because the spores do not mature all at the same time but rather in patches, producing black mottling on the gills. There is some discussion as to whether this genus should be split in two or merged with another (or both). Several species, though not all of them, are psychoactive and popular among psychonauts. The main thing with these mushrooms is to avoid both the police and the Deadly Galerina.

Psilocybe is famous as the genus of the “magic mushrooms,” though as noted there are psychoactive species in other genera. The surprise is that until recently, many Psilocybes were not active except for Psilocybe Cubensis. The mushrooms haven’t changed, of course. Rather, the genus has been redefined[xi]. Now, almost all of them still considered Psilocybes are active. Psilocybin use is not risk-free, but the main danger with harvesting shrooms is definitely the Deadly Galerina. The police are almost as dangerous, in many jurisdictions.

Little Brown Mushroom Benefits (If Any)

The main benefit of LBMs as a group is as an illustration of why it’s important to get good at mushroom identification before harvesting anything. There are species in the group that are edible, species that are hallucinogenic, and (at least arguably) species that are medicinal. None of those benefits will do you any good if you eat the Deadly Galerina.

Some LBMs are mildly toxic. Others are majorly toxic. Still others are toxic at some times for some people, but not otherwise. Some are safe and enjoyable to eat, but the problem is they all look more or less alike. It’s easy to focus on the scary Deadly Galerina, and arguably a forager should focus on it so as to avoid ever eating it (or, worse, feeding it to someone else!), but it’s hardly the only dangerous LBM out there.

It is possible to learn to tell the LBMs apart. Many people have done so and safely harvest one or another favorite species regularly. The potential confusion is real but should not be over-stated. The point is that until a person gets good at mushroom identification (use a field guide), the risk of misidentification deserves a great deal of respect.