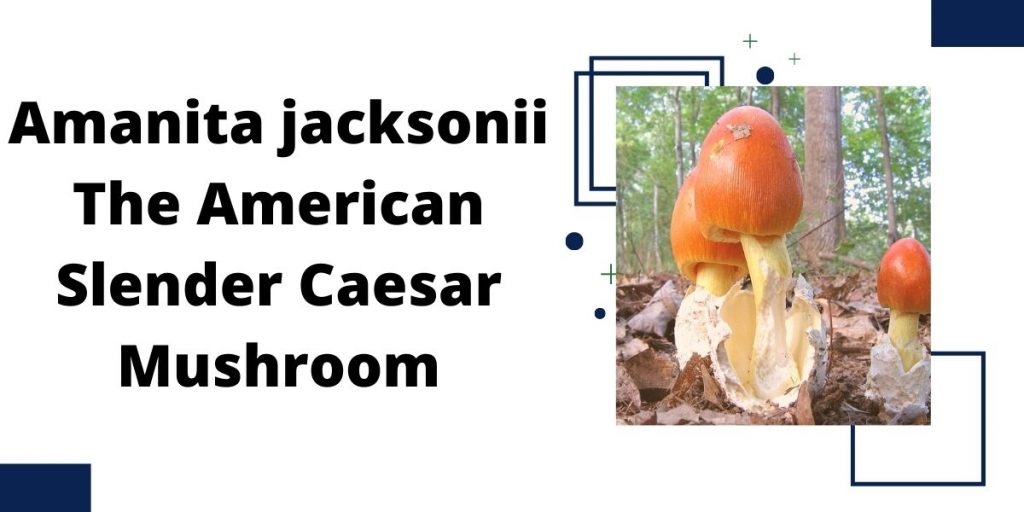 As always with Amanitas, the important thing for any hungry mycophile is correct identification. There are Amanita species that can kill.

Cap: Medium-sized, convex or, at maturity, almost flat, usually with a central bump. Red or orange when young, fading from the outer margin in with age, sometimes to yellowish. The surface is finely ridged around the edge and smooth, sticky, and usually without any patches or warts. The interior flesh is whitish or yellowish and does not stain when cut.
Gills: Yellow or orange, either not attached or only slightly attached to the stem.
Stem: Often long and slender, yellow but with orange or reddish patches, with a yellow or orange skirt of tissue partway up and a white cup of tissue at the base.
Smell: Nothing distinctive for identification.
Taste: Nothing distinctive for identification.
Spores: Ellipsoid, smooth.
Spore color: White
Edibility: Choice, with extreme caution
Habitat: Grows in mycorrhizal association with oaks and pines throughout eastern North America.

All Amanitas go through several stages as the fruiting bodies develop, so discussing how to identify them at each age requires first discussing Amanita anatomy and development.

The fruiting body begins as a little knot of tissue enclosed in a soft, smooth shell. This stage is called the egg. Amanita eggs can be mistaken for puffballs, earthballs, or stinkhorn eggs; the best way to differentiate one kind of round, fungal fruiting body from the next is to slice the specimen in half to look at its internal structure, though of course that prevents the fruiting body from maturing.

As the stem lengthens and the cap begins to expand, the “shell,” known as the universal veil, tears, leaving a cup of tissue, the volva, at the base of the stem. In many Amanita species, fragments of the veil also stick to the top of the cap as patches or warts, though members of the Caesar’s mushroom group lack this feature. There is also a layer of tissue, called the partial veil, stretching from the margin of the cap to the stem, covering the gills. As the developing cap continues to expand, this veil also tears, usually leaving a skirt, or annulus, of tissue partway up the stem and sometimes also tatters along the cap margin. A young fruiting body may have already emerged from its egg stage, yet still have a partial veil covering its gills.

The shape, color, or even absence of these veil remnants are important features for the identification of mature Amanitas. Case in point, Amanita jacksonii has a very distinct volva and a skirt, but usually lacks patches or warts on the top of the cap and does not have tatters along the cap margin. However, it is possible for the skirt or the volva to be torn away and lost, or the volva could be partially or completely buried in soil or leaf litter.

It is important, when collecting any mushroom suspected of being an Amanita, to dig the specimen out, not pull it or cut it, in order not to destroy the volva, if there is one.

Amanitas are very distinctive as a group, but their very distinctiveness makes it easy to mix them up with each other. It’s true that most of the truly deadly Amanitas are white or greenish, whereas A. Jacksonii is  red or orange and yellow, but a beginner not used to really looking at mushrooms could overlook such differences. More advanced students of mycology are more likely to mix A. jacksonii up only with species that could merely make them ill or make them hallucinate (conversely, someone looking for a little mushroom magic could pick A. jacksonii and end up well-fed but disappointed)[iii]. It’s true that the famous Amanita muscaria, similar in its range of cap colors to A. jacksonii, has white, not yellow or orange, underparts, and also has white warts on the top of the cap, but the warts can occasionally be knocked off. The color of the underparts can be overlooked by an eager forager.

Generally, the combination of no warts, red or orange cap perhaps fading to yellowish at the margins, and yellow or orange underparts with a white volva is distinctive of the Caesar’s mushroom group. The species within that group cannot be reliably differentiated from each other in the field, but fortunately they are usually growing in different fields—they don’t share the same ranges.

Caesar’s mushrooms are traditionally eaten in the egg stage. Americans who want to follow the same tradition will have a harder time finding reliable field marks and could not only mix up A. jacksonii with the egg of any other white-veiled Amanita, but could also be confused by one of the white puffballs or with the egg stage of one of the stinkhorns, especially the common stinkhorn, since its universal veil remains white. Differentiating one Amanita egg from another of the same veil color could be genuinely difficult, but they are not difficult to separate from puffballs and stinkhorn eggs if sliced in half vertically. A sliced Amanita egg shows the faint outline of the cap and stem developing inside. Sliced stinkhorn eggs show a similar outline, but with a dark layer on top of the embryonic cap—this later will become the spore-bearing gleba. Sliced puffballs are smooth inside, without internal structure.

The only definitely-known benefit from eating A. jacksonii is pleasure; it is reported to taste like certain specialty cheeses and to have a soft, chewy texture. Most likely, these mushrooms are healthy to eat, since most edible mushrooms are, but their nutritional profile isn’t known. The species has no known medicinal use. Some writers assert that its relative, A. caesarea, does have medicinal potential, which may or may not mean that A. jacksonii does, but in fact Caesar’s mushroom has no tradition of medicinal use.

Since the species is not used medicinally, there is no dose.

The most serious risk is that of misidentification. Although mushrooms of the Caesar group are all edible, and the group is fairly distinctive-looking, mushrooms do vary, and the difference between species can sometimes be more subtle than what appears in a field guide. Confusion with a toxic Amanita is possible. Because the consequences of misidentification in this case could be so dire, it’s best not to eat A. jacksonii without the guidance of an expert.