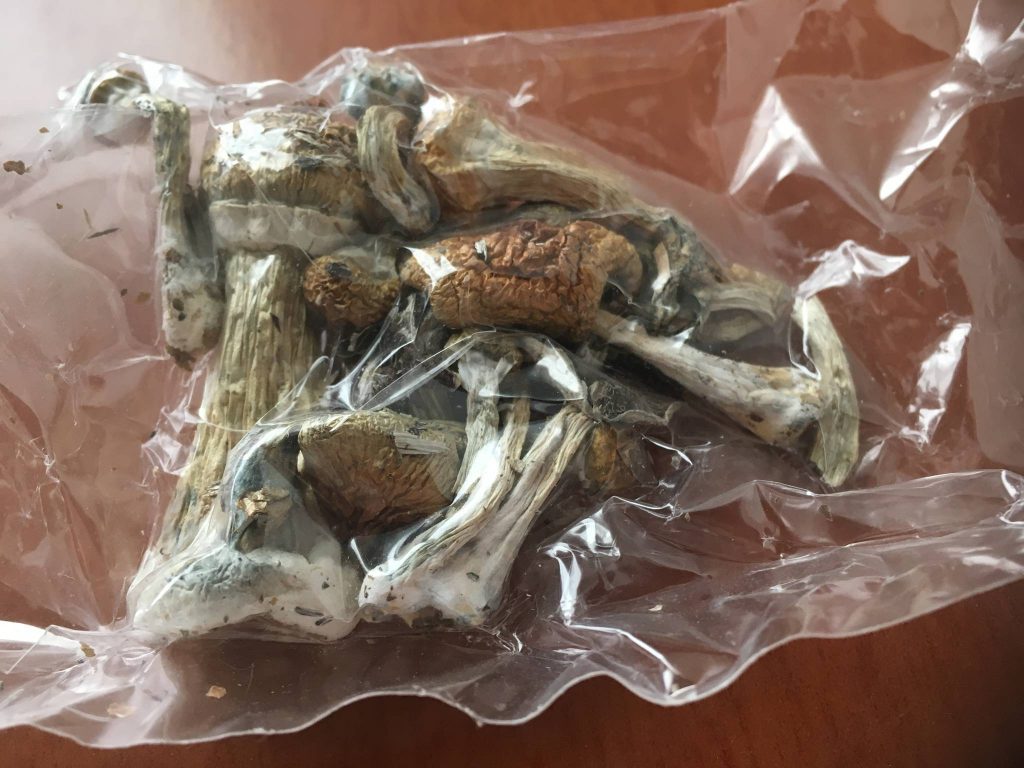 No, magic mushrooms can’t expire; expiration dates are essentially warning labeled applied to products in order to avoid liability—since shrooms are illegal to possess in most jurisdictions, if you buy some shrooms and they go bad, you can’t sue anybody.

But mushrooms can go bad. In fact, mushrooms can go bad in more than one way—it depends on the condition of the mushroom and how it is being stored. Likewise, there are various things you can do to extend the shelf-life of your shrooms, depending on their current conditions and what your storage needs are[i].

Fresh mushrooms that are left to their own devices will do one of three things: rot, mold, or dry up. Yes, mushrooms can dry spontaneously if they have plenty of airflow and the air around them is not too humid. Drying, of course, is one of the ways mushrooms are preserved for storage, so while there will be some loss of potency, spontaneous drying is not much of a problem.

Rotting and molding, on the other hand, are serious problems, as they render the mushroom unsafe to eat.

Rot means the mushroom is being eaten by bacteria. They turn the mushroom flesh black and wet—some types of psychoactive mushroom do have a slimy layer on the cap naturally, but rot is different. It’s fine to cut off small spots of rot and eat the rest, but never eat rotten mushroom. It could make you sick. Bacteria thrive in high humidity, warmth, and limited airflow, and rot can set in within a day if fresh mushrooms are stored improperly.

Mold turns mushrooms white, discolored, or fuzzy. Mold seems to take longer to establish, but it is harder to avoid long-term. If you are sure only part of the shroom has molded, you can cut it away, but it’s difficult to be sure, since mold can spread almost invisibly.

Shrooms can be kept fresh for up to two weeks in a refrigerator. Do not put them in wet—if you washed them, or if you harvested them wild under wet conditions, be sure to pat them dry gently and let them air-dry for a little while before refrigeration. For their time in the fridge, shrooms can occupy either a paper bag or a plastic storage container—if the latter, be sure to put some paper towel in there with them to absorb any excess moisture.

Cracker-dry mushrooms, if stored properly, won’t ever mold or rot. However, they will gradually lose potency. It’s not usually recommended to store dried shrooms for over a year.

If the dried shrooms are not stored properly, they can absorb enough moisture from the air to mold. Similarly, mushrooms that are dry but not cracker-dry won’t rot but will eventually mold. Still, these semi-dry mushrooms will last longer than fresh ones, especially at room temperature—you may have a few weeks before mold sets in. If you don’t have the means to get your shrooms cracker-dry, or if you don’t have access to a refrigerator, air-drying (even just by spreading the sliced mushrooms out on a counter-top) is a good way to help your supply last for perhaps three weeks or a month, maybe more.

The drying process itself reduce potency, so even a recently-dried shroom will pack less of a punch than it would have fresh. This may seem counter-intuitive to some people, since dry doses are so much smaller than fresh doses. One way to think of it is to consider that a ten-gram shroom will dry to weigh only one gram, but eating that one-gram dried shroom will not give you the same experience as eating the same shroom fresh would have. Drying also tends to make the flavor worse. If you intend to eat your shrooms within a week or two, it’s better to leave them fresh.

Mushroom Honey and Other Options

There are other methods of processing shrooms for storage. Whether all of them count as preservation methods is debatable, since virtually all of them require drying the mushrooms first, and few last longer than plain dried mushrooms do. Mushroom tea lasts only about a week in the fridge—that’s not even as long as fresh mushrooms last! But dipping a dried mushroom in chocolate isn’t about preservation—it’s about chocolate.

Mushroom honey does last longer than dried mushroom alone, perhaps as long as ten years under ideal conditions[ii]. Honey itself does not go bad, because its sugar content is so high that pathogens dehydrate and die on contact, and they honey also protects the psilocybin and psilocin from contact with air. The mushroom does have to be dried and powdered first, though. Fresh mushroom mixed with honey could mold, because they honey would pull the moisture out of the mushroom and become diluted enough to lose its anti-microbial properties.

As an aside, if your honey, with or without mushrooms, develops crystals, you should warm it up and stir to dissolve the crystals again. That’s because with much of the sugar concentrated in the crystals, the remaining liquid in the honey has a slightly lower sugar concentration and could possibly support mold or even bacteria. That being said, many people keep crystalized honey for months or years and don’t have a problem.

1 thought on “Mushroom Shelf-Life: Do Shrooms Go Bad or Expire?”