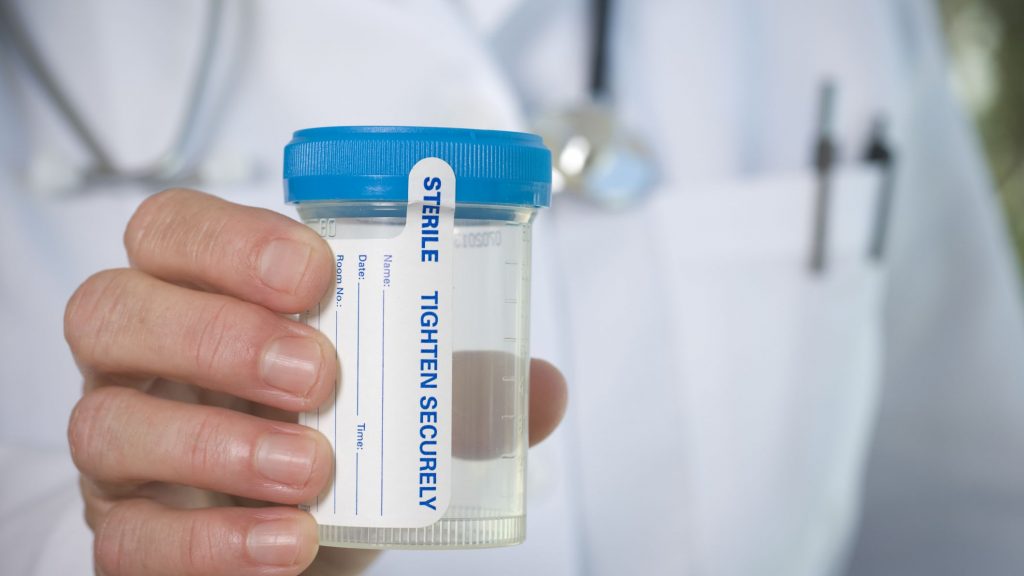 Does psychoactive mushroom use show up on a drug test? The short answer is probably not. The slightly longer answer is that it depends on the type of test[i]. The standard panels used in routine drug testing programs do not test for psilocybin or psilocin, but tests for these substances do exist and may be used if someone in power thinks you have taken shrooms.

And there are a couple of complications.

First, if you took something else besides shrooms, that may show up on a routine test—and it’s not unheard-of for dealers to lace shrooms with PCP (which the standard panel does test for) and not tell buyers.

Second, there is always the risk that the test—any test—could be wrong. You could be given a standard drug test and not pass, even if the only thing you used was shrooms (or even if you used nothing illegal at all). Or a psilocybin-specific test could give a false positive—or a false negative. Which is more common for these tests, false negatives or false positives, is difficult to find out. What to do if you get a false positive is not clear, either.

It’s a good guess that “honest, judge, it was a false positive” might not work if somebody saw you high on shrooms.

Some people avoid drug tests even if they do not do any drugs, seeing these tests as an invasion of privacy and of questionable accuracy besides. At the very least it’s worth noting that drug testing is a complicated issue, much more complicated than the law and popular culture usually make it out to be.

The simple answer is that if you are drug tested and have used no illegal drug but shrooms, you will probably test negative. For a little elaboration on that answer, read on.

The standard drug screening uses a five-panel test. It picks up THC (found in cannabis), PCP, cocaine, amphetamines, and opioids. There are eight- ten- and twelve-panel tests that are sometimes used in routine screenings as well, but none of them test for psilocybin or psilocin. As it happens, testing for shrooms is more expensive, so it’s never done routinely. You will be tested for psilocybin use if somebody thinks you have been using and wants proof.

Of the tests that can pick up shroom use, there are several kinds.

There are no blood tests or saliva tests that pick up psilocybin or psilocin. That’s because these substances are metabolized so quickly.

The most common psilocybin test is a urine test. It usually works within 15-24 hours of use, though sometimes it can pick up traces after about a week.

How Long do Shrooms Stay in Your System?

How long testable amounts of the substance stay in your body depends on many factors, such as your body size, the speed of your metabolism (younger people will clear psilocybin and psilocin more quickly), and how much you took[iii]. Be aware that how much you took might not be obvious. It’s not the amount of mushroom you ate, since a large amount of some relatively weak mushroom might give you a lower dose of psilocybin than a small amount of something potent. And it’s not necessarily the intensity of your trip, either, since someone with a high tolerance might have to take more than someone with a low tolerance might to get the same sort of trip. Regardless, the more psilocybin you took, the longer it will take to leave your body.

Hair tests, as mentioned before, cover a much longer time frame. They can come up positive up to 90 days after drug use, and there is no way to wash the drug residue off the hair. Cutting the hair very short also does not help, since the testers can simply collect more hairs so as to get enough material for the test. Body hair can also be tested if the person is bald.

Can You Flush Psilocybin from Your System Quicker?

So, is there any way to defeat a drug test by flushing psilocybin from your system more quickly? The short answer is no. The longer answer is yes, but it’s not really practical.

You can evade a hair test by removing all hair from your body. If you have no hair to test, there can be no test. But you’d have to be thorough and remove all your hairs, and that might be a tad suspicious. Anyway, as mentioned, hair tests are rarely done.

In principle, there are things you can do to shrink the window where a urine test would come out positive, but most of these things would have to be done before you ate the shrooms in the first place—for example, if you eat the shrooms on an empty stomach, the psilocybin will leave your system faster. Drinking a lot of water could help shrink the testing window, too, and maybe even drinking water after the fact could help. But in practice, none of this makes any difference[iv].

None of these steps will shrink the testing window very much, for one thing, nor will the shrinkage be reliable. You’ll still have some risk of testing positive, even if it’s a smaller risk, for somewhere between 15 hours and a week no matter what you do.

The other problem is that, as already mentioned, the routine drug tests don’t test for psilocybin at all. That means that if you are getting tested, it’s because somebody in authority has reason to believe you used shrooms, and they want proof. And because they know how quickly psilocybin leaves a body, if the authority figure has ordered the test, it’s probably less than 24 hours since you ingested the mushrooms—it’s hard to imagine this scenario playing out in any way except that you were either arrested or hospitalized while tripping. This means you’re going to be supervised the entire time between being brought in and being asked to pee in a cup. You won’t have an opportunity to drink a lot of water or whatever you were thinking of doing to defeat the test. The results will be what they will be.

Ultimately, the most effective thing you can do to avoid testing positive for shroom use is to avoid using shrooms. Failing that, avoid getting tested. If somebody has ordered a psilocybin test for you, you are already in a very bad position, and negative test results might not be enough to improve your day.

Find places to use where psilocybin is legal or decriminalized, and follow all safety protocols so that you will not have to go to the hospital while high.

[iii]     (2021). How Long Do Psilocybin Mushrooms Stay in Your System? Comprehensive Wellness Centers