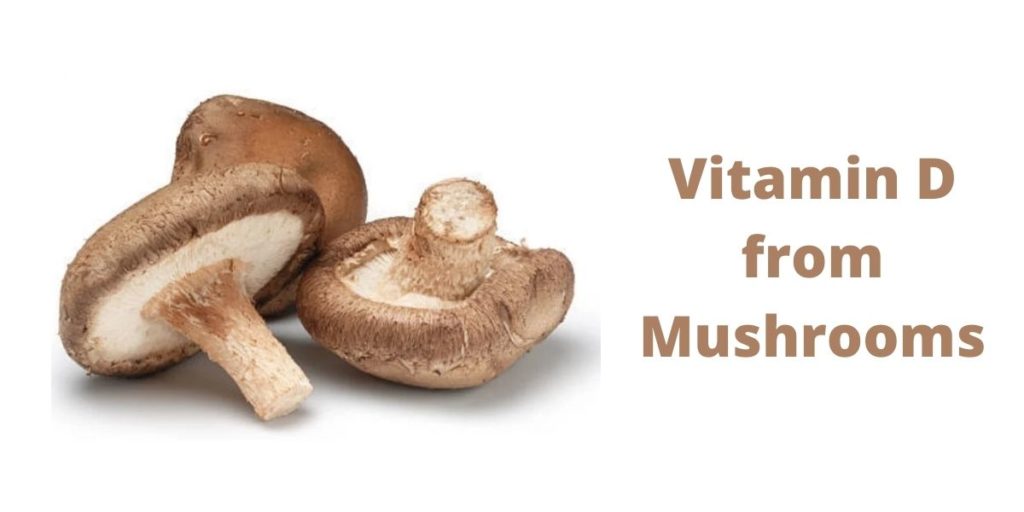 Vitamin D[i] is a group of several substances the body needs for bone health and possibly other reasons. Humans can make our own vitamin D in our bodies if we get regular exposure to sunlight, but unfortunately many people don’t. Without sunlight, we must get our vitamin D from our diet or from supplements.

Unfortunately, most natural dietary sources of the vitamin are animal-based. Foods such as orange juice are sometimes sold with vitamin D added, but it’s often from an animal-based source (the packaging will say whether vitamin D was added, but not how the vitamin was sourced). Vitamin D pills are also usually animal-based. All of this is a problem for vegans.

In general, vegans don’t use animal products. Rigor varies; many people call themselves vegan to indicate only that they don’t eat animal flesh, eggs, or dairy, but others make a serious attempt to literally use no animal products whatsoever, including orange juice that contains vitamin D synthesized from lanolin (the skin oil of sheep).

Fortunately for vegans who don’t get enough sun, fungi are in some ways more similar to animals than to plants and, like animals, produce vitamin D. Unfortunately, using mushrooms as a dietary source of the vitamin is not as simple as ordering extra mushrooms on a pizza[ii].

Why Do You Need Vitamin D?

Vitamin D helps the body make use of calcium and phosphorus, necessary nutrients. Serious vitamin D deficiency causes osteomalacia and, in children, rickets[iii].  The names are sometimes used interchangeably, but strictly speaking rickets involves impaired mineralization of the growth plates of the bones, whereas osteomalacia involves impaired mineralization of the bones.

Children can get both, often simultaneously, but adults no longer have growth plates and therefore can’t get rickets. Mild cases might have subtle symptoms or none at all, but more advanced cases involve bone pain, muscle weakness, and eventually warping and fracturing of the bones. Children with rickets can develop serious deformities, delayed growth, and seizures[iv].  Rickets and osteomalacia can be caused by a combination of dietary deficiency and insufficient exposure to sunlight, but they can also be caused by a number of other conditions, such as celiac disease or cystic fibrosis, that prevent a person from making use of the vitamin D they have.

Vitamin D may also have other functions in the body that have not yet been confirmed.

Rickets and osteomalacia are both very rare conditions, but it’s thought that mild vitamin D deficiency—enough to have a subtle effect on a person’s health, without causing overt illness—is quite common.

How the Body Gets Vitamin D

The primary way to get vitamin D is to expose the skin to sunlight. A short period of exposure every day should be enough, although the darker a person’s skin is, the more exposure they need. Even light-skinned people sometimes don’t get enough if they live in far northern areas where sunlight is weak and cold weather makes skin exposure unpleasant or dangerous.

People who don’t get outside enough, or who always wear protective clothing and sunscreen when outside (something that is otherwise a good idea), are at high risk for vitamin D deficiency. Even glass windows sometimes filter sunlight in a way as to prevent vitamin D production.

It is possible to get too much vitamin D—the result is excess calcium in the blood, which can cause heart problems. Most people don’t have to worry about getting too much, but it’s worth remembering this is not one of the vitamin pills that can be safely popped willy-nilly. Follow recommended doses.

Getting Vegan Vitamin D from Mushrooms

It’s not quite accurate to say that mushrooms are the “only” non-animal source of vitamin D—and it’s certainly not accurate to say they are the only plant source, since mushrooms are not plants. The thing is that there is nothing “only” about mushrooms. The fungal kingdom is every bit as diverse as the plant and animal kingdoms, and there are many, many kinds of edible mushrooms. Rather, plants don’t produce vitamin D, but animals (including humans) and fungi both do.

Fungal vitamin D is not chemically identical to animal vitamin D, and there is some thought that it might be slightly less useful in the human body, meaning we might need more of the vitamin if we’re getting it from mushrooms exclusively. That is the first complication.

The second, and potentially more serious, problem is that fungi, like animals, only make vitamin D when exposed to sunlight (or at least ultra-violet light). Because fungi don’t need light the way plants so, commercially-grown mushrooms develop either in the dark or under fluorescent lighting provided for the convenience of the workers. They have little to no vitamin D at all. To get vitamin D from mushrooms, the mushrooms must be either wild or grown by someone who deliberately exposed them to sunlight, full-spectrum grow lights, or UV lamps.

Oddly, there is a third option. The chemical process that coverts ergosterol, the cholesterol-like precursor to usable fungal vitamin D, is not accomplished by the living cells. Rather, it occurs automatically whenever ergosterol is exposed to UV radiation, even if the mushroom is no longer alive. This means that mushrooms can be enriched with vitamin D post-harvest, even after being dried. Some growers have begun to do just that. The possibility exists that consumers could buy commercially-grown mushrooms and expose them to sunlight at home before eating them in order to get more vitamin D.

Vegans, like everybody else, should prioritize regular direct sun exposure, though not to the point of risking skin damage or cancer. If that’s not possible, or if there is some other reason why getting enough vitamin D is a concern, than regularly eating wild mushrooms or mushrooms otherwise exposed to UV light could make up the difference. Vitamin concentrations vary depending on the species and also how the mushrooms are cooked, but in general light-exposed mushrooms are an effective source of vitamin D. And there are also commercially-prepared vitamin D supplements made from mushrooms.

Of course, anyone suffering from a medically-definable vitamin D deficiency should seek and follow the medical advice of a doctor.