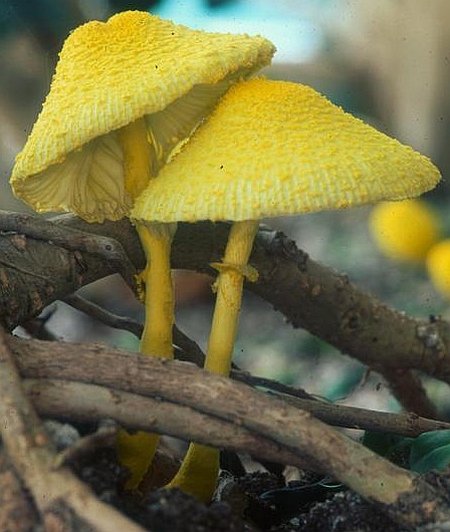 Originally a tropical fungus, it has been suggested (Watling, 2003) that the spores of the flow pot parasol have been spread worldwide through the distribution of plants and potting soils.

The yellow pigments of this mushroom have been isolated and structurally characterized from a methanol extract. Named birnbaumin A and B, they are 1-hydroxyindoles – molecules that to our knowledge occur rarely in nature.

Polysaccharides extracted from the mycelial culture of L. binbaumii (as L. luteus) and administered intraperitoneally into white mice at a dosage of 300 mg/kg inhibited the growth of Sarcoma 180 and Ehrlich solid cancers by 70% and 80%, respectively (Ohtsuka et al., 1973).